Environmental lawyers ClientEarth have warned the Greater Manchester Combined Authority (GMCA) about ‘major flaws’ in their current plans to tackle air pollution in the city region.

ClientEarth, which has won several landmark cases against the UK government over toxic air, has accused the ten councils who make up the GMCA of unnecessarily putting residents’ health at risk by failing to commit to faster ways of cleaning up the region’s air.

The charity said that the GMCA is over six months late in finalising plans ordered by central government to comply with air quality laws.

According to the councils’ own assessments, air pollution is set to stay illegally high at 250 roadside locations in Greater Manchester by 2021 under current plans.

Katie Nield, a clean air lawyer for ClientEarth, said: ‘Despite the scale of the problem, time and again we are seeing the most timid efforts made by councils to clean up the air. It isn’t good enough.

‘All the while, central government is not stepping in to make sure authorities are taking their legal obligations seriously. The courts have made it perfectly clear – people’s health comes first.’ 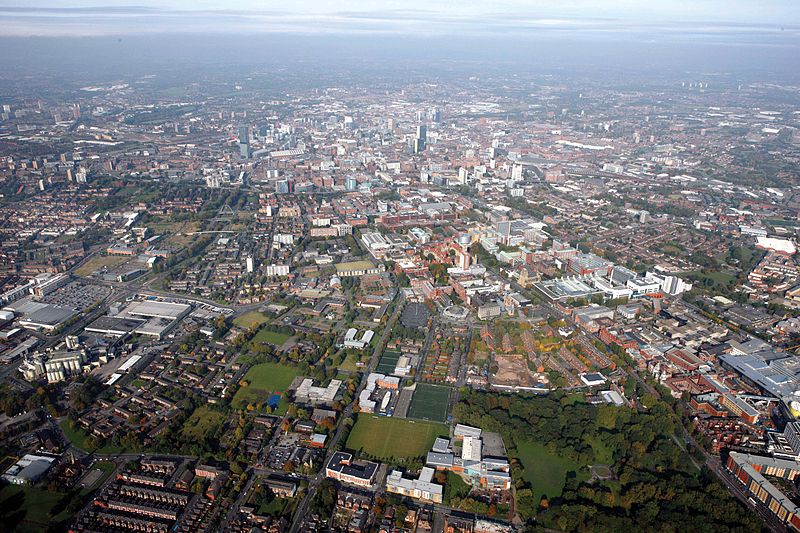 Manchester from the sky. The Greater Manchester Combined Authority plans to introduce a Clean Air Zone across the city region’s ten boroughs from 2021.

Earlier this year the Greater Manchester Combined Authority announced its plans to introduce a Clean Air Zone (CAZ) across all ten of the city region’s boroughs, starting from 2021.

However, the GMCA declined to follow cities such as Birmingham in introducing a Class D CAZ that places restrictions on the most polluting cars, instead limiting the scope of the CAZ to heavy goods vehicles, buses, taxis and vans.

The authority cited evidence that a Class D CAZ would not reduce air pollution any quicker and said the measure would disproportionately affect Greater Manchester’s more deprived communities.

ClientEarth said that ultimately, the focus must remain on central government to ensure that authorities like GMCA are doing enough to tackle air pollution.

‘Rather than allowing councils to duck out of taking the most effective action, central government must provide the funds to help people and businesses to move to cleaner forms of transport, in every region across the country,’ Nield added.

Responding to ClientEarth’s claims, Cllr Andrew Western from the GMCA said that he was unsure that ClientEarth understands ‘the complexity and scale’ of what the city region is seeking to achieve.

‘The plan that we submitted to government in March is comprehensive, demonstrates we can achieve compliance in the shortest possible time and is backed up by evidence,’ Cllr Western said.

‘Having met the most recent timescales agreed with government for the March submission of our outline plans we’re yet to receive a ministerial response.’

Cllr Western added that alongside ClientEarth’s letter, the authority has received thousands of responses to the plans through public consultation, which will be used to shape its final proposals.

The GMCA intends to develop its final business case for its Clean Air Plan by the end of this year.