Better land management in Indonesia could reduce the number of deaths from air pollution, research has found.

The study, published in the journal GeoHealth, found that regular fires in Indonesia linked to drought and agricultural practices contribute to dangerous levels of particulate matter (PM2.5) in South East Asia which are associated with increased mortality.

‘Our estimates find that if current trends continue, exposure to air pollution from Indonesian fires would cause, on average, 36,000 excess deaths per year across Indonesia, Malaysia, and Singapore,’ the authors of the study wrote.

‘These deaths can be prevented through land management strategies, which would reduce the number of deaths attributable to air pollution from fires.’

Biomass burning in Indonesia is a major contributor to global fire emissions as well as health impacts due to air pollution.

The 2015 Southeast Asian haze, caused by illegal forest fires in Indonesia, exposed over 69 million people to unhealthy air and cost over $16bn in immediate impacts alone, the researchers said.

The researchers looked to assess the public health benefits in Indonesia, Malaysia, and Singapore from fire-reduction policies, combining information on fire emissions, atmospheric transport patterns, and population exposure to PM2.5. 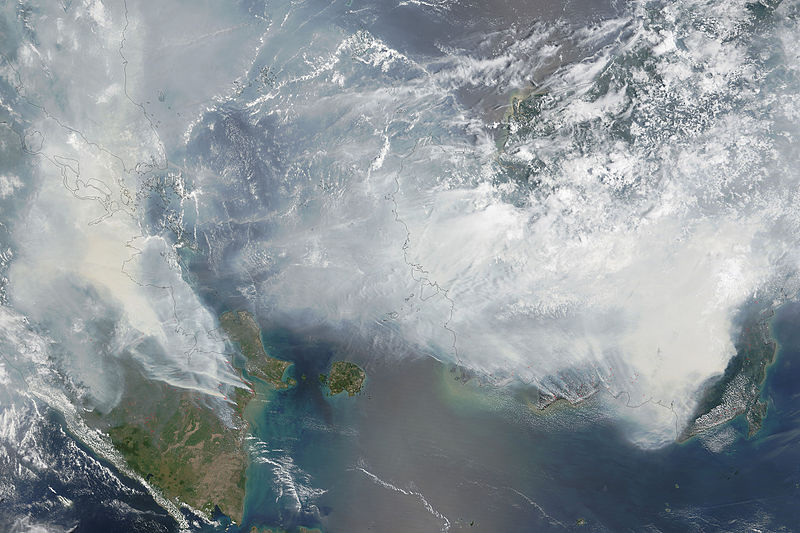 The team, led by researchers at Harvard University, found that a ‘business as usual’ approach would lead to an average of 36,000 preventable deaths per year in the region over the coming decades, due to smoke travelling downwind to regional population centres.

However, they found that these deaths could be preventable if fire reduction strategies were to be introduced, such as blocking fires in peatlands, industrial concessions or creating protected areas.

These strategies would reduce the health burden of air pollution in the region by 66%, 45% and 14% respectively, the researchers said.

However, the researchers admitted that the effectiveness of fire reduction strategies in preventing deaths in South East Asia will depend on where the fires took place.

For example, protecting peatlands through eliminating all fires on them would prevent an average of 24,000 excess deaths annually, due to the large amounts of fuel that peatlands store and their often being located near large population centres.

The study concluded that current plans to restore peatlands in Indonesia would reduce excess deaths due to fire emissions by 66% if they are fully implemented.

‘We anticipate that similar integrated approaches might be effective in developing optimal policy approaches to reducing health impacts from biomass burning in other parts of the world,’ the study concluded.

The findings of the study may give policy-makers ideas as to how to reduce air pollution in South Asia, which is home to many of the world’s most polluted cities.