At a wet and blustery Wetherby, Air Quality News attended the Society of Motor Traders and Manufacturers (SMMT) annual test day where there were 27 manufacturers showing off over 50 new models. However, only a handful of these were electric or hybrid. 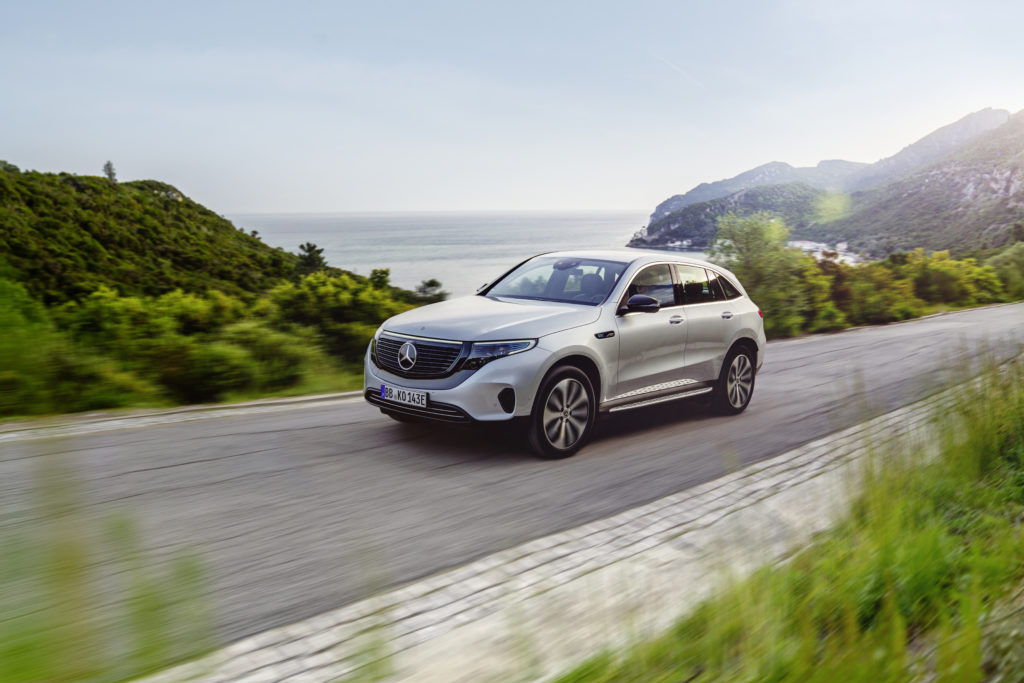 The room is set out like a carmaker’s version of speed dating. From Ford to Peugeot and Volvo, representatives from all the major names are here, guiding people through the stats and specifications of each model.

If you’d like to take one out for a test drive, it’s as easy as putting your name down, taking the keys and going out for a spin, and in this weather, you try not to make that more than a figure of speech.

The first car I try is the Kia Sportage. It’s billed as a ‘mild’ hybrid, which is later described to me, by one of their competitors, as like having a double-A battery under the bonnet. It certainly feels that way and it’s not entirely obvious when the hybrid technology is being utilised. It’s an underwhelming start to the day.

Nissan is here showing off their new Leaf. First released in 2011, it’s now the world’s most popular electric car and it’s easy to see why. It’s fun to drive and the only discernible sound it appears to make is the noise of the windscreen wipers frantically pushing away the deluge of rainwater.

After I’ve tried the Leaf, I’m keen to try out other electric models, but after enquiring with several of the major manufacturers, it’s a tough ask. I ask them why they haven’t brought along an EV or hybrid, and the answers weren’t reassuring as I’m told several times that ‘next year’ will be the big one for EVs.

Love letter to NO2

Bentley is here with their latest Continental GT. With a 6-litre engine, it’s a gas-guzzling love letter to NO2 and I ask Bentley’s representative when the company will be releasing an electric version that could be better for the environment? He seems nonplussed, saying their customers ‘don’t want to compromise on range’. Is 200
miles not enough, I wonder.

Porche, on the other hand, are more forthcoming with my questions about their future plans. There’s a 911 Carrera here, as well as the Macan, their luxury SUV, but they are genuinely excited to talk about the Taycan, their first electric sports car, which was announced in September.

Press officer Rob Durrant says the big challenge for them when designing the car was replicating the emotion and romance of driving a full-fat sports car. MG is the only carmaker here with just electric models.

Priced at a competitive £21,995 (after subsidies), their SV EV SUV feels like it could be a winner. Products and planning manager, Matthew Stevens, tells me that the classic car brand is trying to rebrand, and hooking customers into EVs will be a crucial part of that.

We get into a conversation about congestion and whether EVs are as environmentally friendly as they are regularly touted as, and the ‘dirty side’ of mineral mining for EV batteries. It’s great to hear a representative from one of the carmakers speak honestly and openly about the challenges and opportunities of EVs.

MG is also offering incentives, matching the government’s £3,500 for its next 1000 customers for the ZS EV, which will take a significant chunk out of its guide price.

Next up is the Mercedes EQC 400, which is the German carmaker’s first foray into EVs. It just feels like a top-flight piece of machinery and has buttons everywhere inside, which is confusing, but if I’m paying over £70,000, then perhaps I want buttons.

Also here, is the Chinese company LEVC who manufacture an electric taxi. I test drove it earlier this summer around London and spoke to a couple of cabbies at the time who were totally converted.

They said their trade had been ‘battered’ by Uber, and having electric taxis could be a way for them to fight back and lure more eco-minded customers. Alongside a few dinosaurs, there was a big EV shaped elephant in the room.

The government is now suggesting that they will bring forward the ban of new petrol and diesel cars from 2040 – but on this evidence, the big players just don’t look ready.

This article featured in the first Air Quality News magazine, which you can read here.