Transport Decarbonisation Plan: Government announces plans to ban the sale of new petrol and diesel lorries by 2040 while also pledging to reach a net-zero aviation industry by 2050.

As part of the plan, the government has announced that, subject to consultation, they will phase out the sale of petrol and diesel vehicles weighing between 2.5-26 tonnes from 2035, and by 2040 they will ban vehicles weighing more than 26 tonnes, or earlier if a faster transition seems feasible.

This commitment comes as the Government publishes a Green Paper setting out the regulatory framework requiring manufacturers to improve the fuel efficiency of new cars, vans and Heavy Goods Vehicles (HGVs).

Richard Burnett, chief executive of the Road Haulage Association criticised this part of the plan, he said: ‘This proposal as it stands is unrealistic. These alternative HGVs don’t yet exist – we don’t know when they will and what they will cost.’ 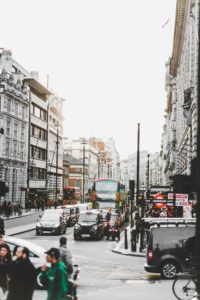 The Government has also launched the Jet Zero consultation which commits the aviation sector to reach net-zero emissions by 2050.

Transport secretary Grant Shapps said: ‘Transport is not just how you get around. It is something that fundamentally shapes our towns, cities, and countryside, our living standards and our health.

‘It can shape all those things for good, or for bad. Decarbonisation is not just some technocratic process. It’s about how we make sure that transport shapes quality of life and the economy in ways that are good.

‘The Transport Decarbonisation Plan is just the start – we will need continued efforts and collaboration to deliver its ambitious commitments, which will ultimately create sustainable economic growth through healthier communities as we build back greener.’

The government has also brought forward the target date for the whole of the central government’s fleet to be zero-emission to 2027, three years earlier than previously planned.

However, an investigation conducted by Air Quality News in October 2020 revealed that at the time, just 1% of the Department for Transport’s fleet was electric.

‘The step up in ambition to ban the sale of all new polluting vehicles, beyond cars and vans, by 2040 is vital to address the largest source of transport emissions.

‘We now need a range of concrete measures, including a mandate on manufacturers to sell clean vehicles, and clear interim targets to accelerate emission cuts across all parts of the country and put the sector firmly on track for net-zero. The Treasury must play its part to support the transition and make clean transport the default choice for people and business.’