The conference, titled ‘Cities in Motion: Tackling the Climate and Pollution Challenge’, brought together delegates from transport, logistics and fuels businesses, policy makers from central and local government and environmental bodies to discuss the future of transport in urban areas. 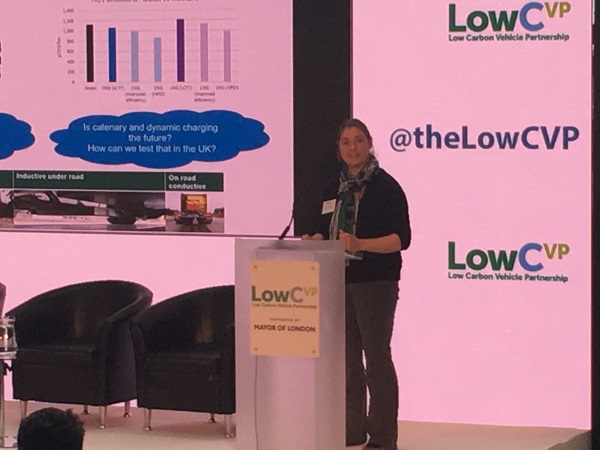 Freight transport was highlighted as a major area for action in both reducing emissions of air pollutants as well as reductions in greenhouse gases.

Vicky Edmonds, deputy director for environmental strategy at the Department for Transport (DfT) told delegates that the government is looking at how it can work with the commercial sector to reduce vehicle emissions.

She said: “Within my team we think about the two [air quality and climate change] together. It is not good to think about them separately, we want to reduce emissions over all, not just tackle greenhouse gases or air pollution, and a lot of that will come from technology.

“The long term solution is electrification; this is where we are thinking about central government’s role. There’s a lot that local authorities can do but there is a role that central government can play. Typically we have set clear goals for industry to support investment and to let people know what direction we think policy is heading in.”

She added: “For cars and vans the pathway is pretty clear. We know we have a solution to get them to zero emission vehicles. The issue is how to roll that out across the market and get the infrastructure on the ground and vehicles out there.

Also speaking at the conference was the director of Ford’s electrified van programme, Mark Harvey, who provided details of the company’s Transport for London-backed 12 month trial of 20 plug-in hybrid Transit vans in the city, which will launch this autumn.

The trial will involve the use of commercial vehicles which can run on an electric battery when operating within an urban area, providing zero tailpipe emissions, but also has a conventional combustion engine for extended range journeys.

Vehicles will be used by organisations including Metropolitan Police, Transport for London and British Gas. Mr Harvey said: “Legislation and our corporate objectives are driving us to move to lower emissions. It is increasingly important that we work directly with cities to find the best solutions for them.”

“Delivering new services and new capabilities to our commercial customers is a key focus for this pilot, making them more efficient, more effective and hopefully more profitable. In doing so driving us into new markets and new opportunities.”

Peter Harris, director of sustainability at the logistics firm UPS also outlined work that his organisation is doing to implement a reduction in emissions from its vehicles operating in London.

Mr Harris said that policy makers in cities are sending strong signals to ‘move beyond diesel’ and added that UPS anticipates a future where urban areas will be made up of low and zero emission zones, alongside potential ‘no vehicle zones’.

He said: “We are being told that business as usual with diesel trucks is no longer good enough and we need to think beyond that. In fact in some cases beyond the truck.”

In order to meet these challenges the company has converted 52 of its diesel vehicles operating in London to use an electric drivetrain, all of which are based at the company’s depot in Kentish Town, north London. 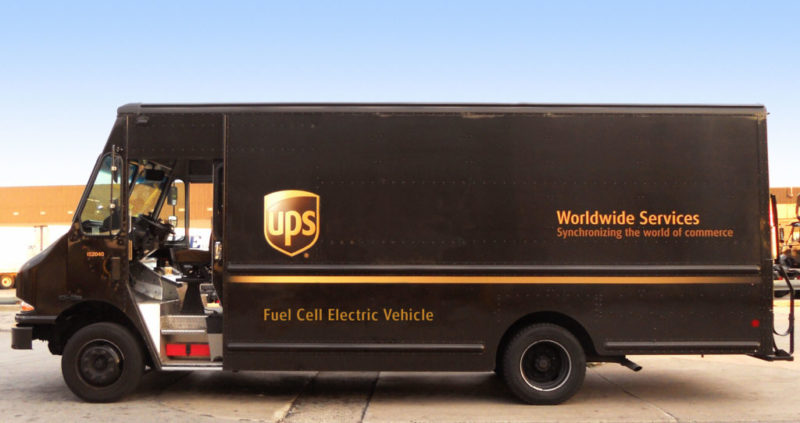 UPS is running 52 converted electric trucks in the capital

Mr Harris added: “We have been developing key partnerships with technology companies to take existing diesel vehicles and convert them to electric. At that size the manufacturer’s offerings just aren’t there.

“We’ve not been prepared to wait. We have been working to convert mid-life diesel vehicles to electric. They are working very well, it is a bridge technology, and we foresee this being a significant part of our future.”

However, Mr Harris also warned that there are challenges with electric fleet operation due to the charging infrastructure required. UPS has invested in upgrades to the power grid at the site, but is also commencing a ‘smart grid’ system to optimise charging at the site.

He said: “For our business it is not feasible to do any on-street charging, we need to charge back at the depot overnight and the problem then is that when you plug in a significant number of vehicles with a battery capacity that is sufficient to propel a 7.5 tonne vehicle you don’t get enough energy coming into the building to do that.

“Smart grids could be one way around that conundrum – using the energy that is available throughout the night that is available. We have commenced a project with InnovateUK and we will be deploying our first smart grid later this year.”