Bath and North East Somerset council has announced the start of work to assess the impact of its proposals to introduce a charging Clean Air Zone within the borough.

The council has put forward three options for a potential charging CAZ in the centre of Bath, which would see pre-Euro 4 petrol engines and pre-Euro 6 diesel engines charged to drive within the specified zone. 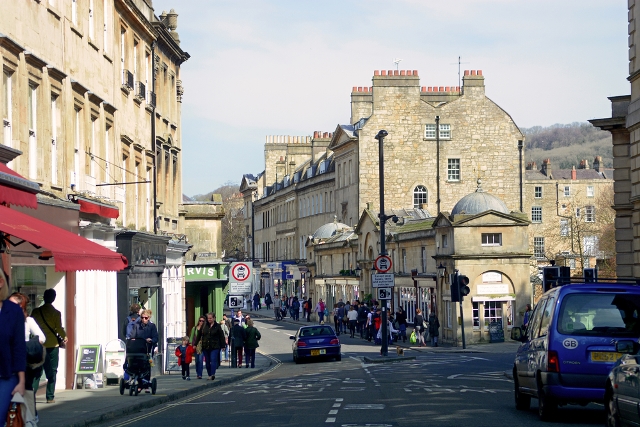 Options being considered include a potential ‘Class B CAZ’ would see higher-emission buses, coaches, private hires, taxis and heavy goods vehicles (HGVs) charged, or a ‘Class C CAZ’ which would extend a charge to include light goods vans.

Ahead of its selection of a final option the council has announced that it is undertaking a statistical survey among a panel of 1,100 people who currently drive non-compliant cars in the city asking about the impact of charges ranging from £3 to £13 should the third option, which would include charging higher-emission cars, be proposed.

The aim is to determine what impact a range of different charges have on the possible behaviour of drivers, including paying the charge, swapping to public transport, using park and rides or changing their vehicle, the council has said.

Alongside this work, the council is talking to bus operators about available government funds for updating fleets, or to retrofit older buses with cleaner engines. It is also in dialogue with taxi drivers over switching to compliant models. The results of all this work will be used alongside the analysis of an Automated Number Plate Recognition (ANPR) survey, completed over a two-week period from 31 October to 13 November last year. This recorded more than 500,000 separate number plates identifying the number and type of higher polluting vehicles typically travelling in the city.

Commenting on the work, Councillor Bob Goodman, the council’s Cabinet Member for Development and Neighbourhoods, said: “A great deal of technical assessment is now under way and the research on what charges would effectively change the behaviour of drivers is part of that work. We want to be open and transparent about this whole process, and keep people informed of the work we’re doing.

“It is essential to stress that we have to ask people about charges for statistical purposes but this does not mean the charges quoted in the survey or even charging for cars will be in the final proposal.

“Decisions cannot be made about what vehicles will be included in the CAZ, what charges will be applied, and what exemptions may be offered until the technical and economic assessments, public health impact assessments and public engagement are complete.”