Up to 2,000 deliveries per day will be made by electric vehicles in central London – following the opening of an all-electric depot in Westminster by the parcel delivery firm DPD.

The company has this month announced the opening of its Vandon Street depot in the heart of the city, with operations to be carried out solely by election vehicles from the site. 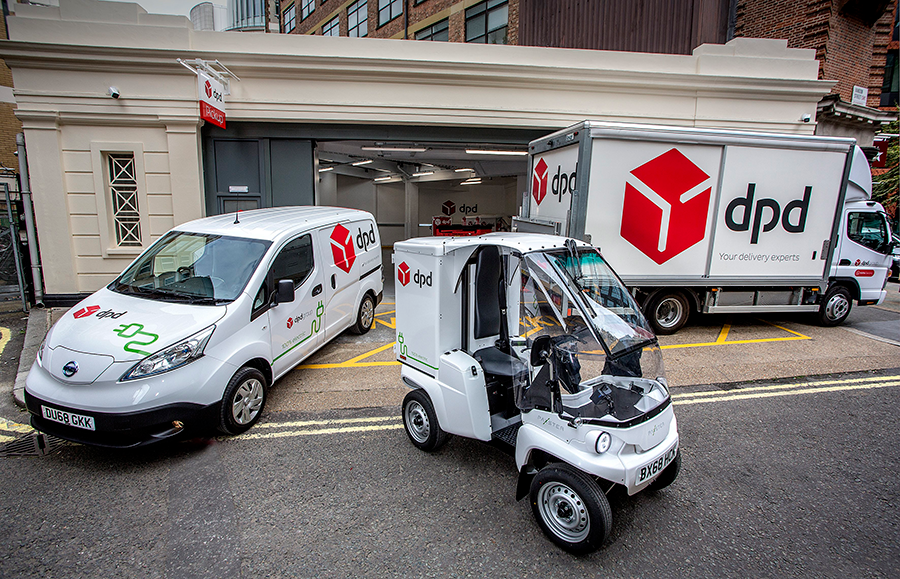 DPD is running electric vehicles only from its Westminster hub

DPD Westminster has invested around £500,000 in refurbishing the site to include electric vehicle charging facilities to service its fleet.

Vehicles operating from the site include two fully-electric Fuso eCanter 7.5t vehicles will feed parcels into the depot each day.

Last mile deliveries will then be carried out by a fleet of 10 Nissan eNV200 all-electric vans capable of making 120 stops a day or one of eight micro-vehicles from Norwegian manufacturer Paxster.

The Paxsters are delivering to the immediate area around the depot and are expected to operate 60 stops on one charge per day. A further 23 of the micro-vehicles are expected to be deployed at the site.

DPD has said that it expects to invest around £3m on the DPD Westminster depot over the next 10 years, while the site for its second all-electric London depot in Shoreditch has already been secured. Plans for a further six all-electric depots in the capital are being drawn up, the company has said.

Commenting on the development, Dwain McDonald, chief executive of DPD, said: “This is a hugely significant announcement for us with Westminster set to be the first of a series of all-electric DPD depots. 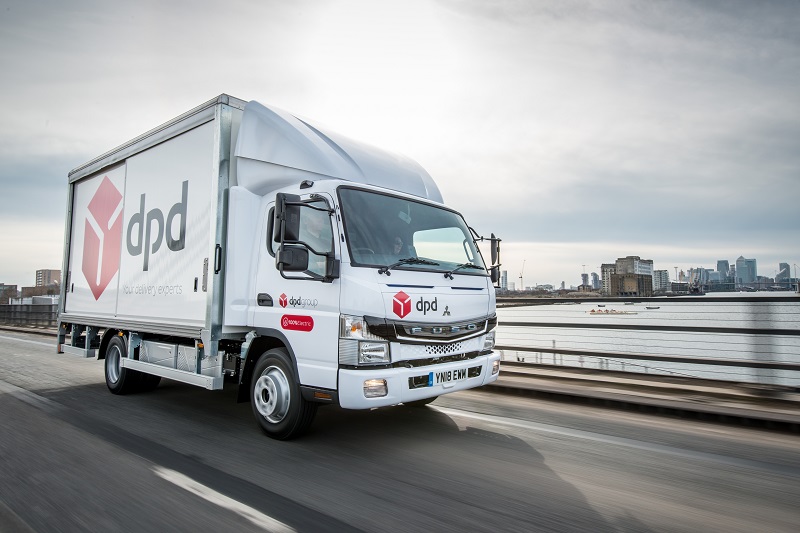 “Reducing and neutralising our carbon footprint; providing smarter and more efficient urban delivery solutions and driving innovation are at the heart of DPD’s DrivingChange programme. We want to be the leader in alternative fuel vehicles in the UK, with the ultimate aim being to move to a zero emission fleet.

“Westminster is clearly the first step towards that goal and will be instrumental in developing our future EV proposition and strategy. DPD Westminster is an outstanding location and the vehicles are fantastic. We looked at a wide range of options before making our decision and we’ve been testing these three models extensively in recent months. In terms of reliability and performance they have been excellent.”

Despite the company’s initial investment in electrifying its fleet, Mr McDonald admitted that there are challenges in the rollout of more electric vehicles across its operations in central London, including availability of charging infrastructure.

He added: “There are still significant external issues to be overcome in terms of the infrastructure to support an all-electric fleet on the scale we need, across the whole of central London.

“But I’m delighted with our proposition here and we will continue to work with the key stakeholders to realise our aims and support the Mayor of London and TfL’s ambition for a cleaner and less congested capital.”

The opening of the site has been welcomed by City Hall, which is seeking to encourage cleaner transport on the city’s roads in a bid to cut air pollution.

London’s Deputy Mayor for Environment and Energy, Shirley Rodrigues, said: “London’s toxic air contributes to thousands of early deaths each year and is putting the health of children at risk so it’s good to see businesses like DPD preparing for the Ultra Low Emission Zone and helping protect Londoners’ health by transforming their delivery fleet.

“Across the city the Mayor has taken bold action to help cut toxic vehicle emissions which are responsible for over 50 per cent of air pollution. With six months to go until the introduction of ULEZ in central London, people are more aware than ever of the harmful pollution older vehicles, especially heavy goods and delivery vehicles, can emit.

“The Mayor’s ambition is for all new cars and vans to be zero-emission from 2030 and I hope this is the first of many all-electric delivery depots in London.”