Defra has released its annual air pollution statistics report, which shows roadside PM10 and NO2 levels have not improved since 2015 with levels of O3 increasing to record levels.

The report summarises the concentrations of particulates (PM10, PM2.5), nitrogen dioxide (NO2) and ozone (O3) from monitoring sites measured by the Automatic Urban and Rural Network (AURN) and also covers the number of days when air pollution was ‘moderate or higher’ for any of those four or sulphur dioxide (SO2).

However, annual hours when roadside PM10 pollution was moderate or higher decreased substantially from 116 hours in 2017 to 65 hours in 2018.

There were also, on average, fewer hours of moderate or higher levels of NO2 pollution in 2018 compared with 2017 at roadside sites – but overall levels remained high, with an annual mean concentration of 33 µg/m3.

The data revealed that there has been an overall decrease in NO2 pollution over the past two decades, with levels almost halving since 1997.

London Marleybone Road and Cardiff Centre were two of the worst urban sites for air pollution, having had 32 and 24 days where levels were moderate or higher. 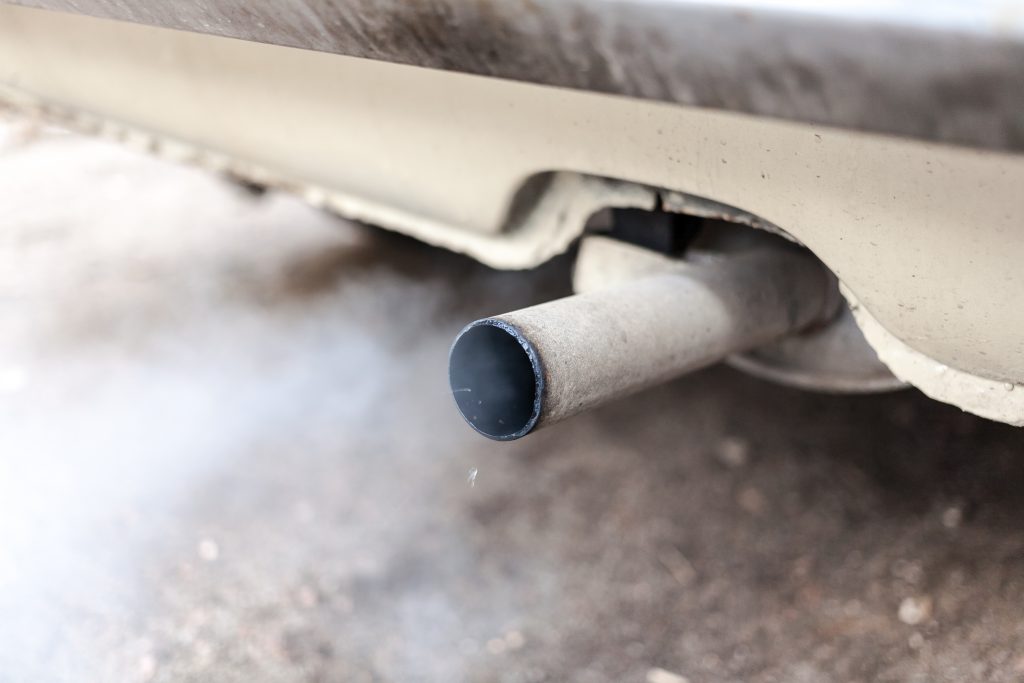 Exhaust emissions have been blamed for exceedances of the NO2 limit

There were high numbers of hours of moderate or higher levels of ozone (O3) pollution in 2018, which saw the greatest number of hours for this measure since 2006 for rural sites, and since 2008 for urban sites.

O3 is not emitted directly in significant quantities but is created in the air through chemical reactions between other pollutants in sunlight, with more being created on hot, still, sunny days, with researchers attributing the high levels in 2018 to the UK’s prolonged hot summer.

Reacting to the report, sustainable transport charity Sustrans said that whilst they appreciated overall levels of pollution have shown long-term improvement, they are ‘concerned’ that PM10 and N02 pollution remains high, with around 80% of NO2 concentrations coming from local transport sources.

‘Air pollution is a real threat to people’s health as well as to the natural environment contributing to raising annual temperatures,’ said Dr Andy Cope, Sustrans director of research and monitoring.

‘If we are really serious about improving the quality of the air we breathe, we need to make lifestyle choices that contribute fewer emissions. In transport terms, we need to put an end to the chronic traffic congestion our on roads and our over-dependence on single passenger motor transport,’ he added.