Dr Behzad Heravi is Co-Founding CTO at Vortex IoT and leads the product Research and Development implementation of our innovation led technology strategy.

Behzad is an award-winning computer scientist highly skilled in product R&D, with a PhD in Communication Systems, MSc in Aerospace Engineering and a BSc
in Mechanical Engineering. Behzad is an Honorary Research Fellow at Swansea University and is both passionate and driven by innovation and embracing emerging technologies.

He is a published research author in Artificial Intelligence, Machine Learning, Statistical Inference and Signal Processing. Behzad has a long and accomplished history in R&D and has successfully secured several funding awards from Innovate UK.

In this paper, Behzad discusses the science behind ‘Is air pollution correlated with climate change, how this relates to Clean Air Zones within major cities and the benefits and impacts Clean Air Zones can have. 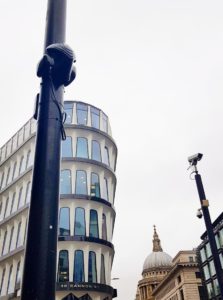 Growing levels of greenhouse gases in the atmosphere have been directly linked to climate change and the warming of the planet in recent decades. On the other hand, increasing air pollution has become yet another global issue with severe consequences for the environment, health and quality of life.

The main substances in air pollution are nitrogen dioxide and airborne particulates whilst the most worrisome greenhouse gas is carbon dioxide. Since the main substances of concern in these two problems are different, one might assume they are separate and unrelated, and need to be tackled in different ways.

However,
a closer look into their common substances, common contributory sources, common trends and their causal links based on data gathered over the last 60 years, shows a strong correlation between the two.

While the stratospheric ozone (aka the good ozone) protects life on earth by absorbing harmful ultraviolet radiation, the ground-level (tropospheric) ozone is a harmful pollutant causing respiratory and pulmonary diseases in humans and damage to plants and crops in the environment.

Low-level ozone is a shortlived and local pollutant, yet it is a greenhouse gas and is associated with the warming of the troposphere (EEA2014). Moreover, studies have shown that the increase in global temperature will lead to warmer summer days and higher local ozone levels, known as high-ozone days [Archer et al., 2019].

Black carbon is a fine particulate matter (PM) generated by incomplete combustion of fossil fuels. Recent research conducted at Nagoya (Japan) and Cornell Universities [Matsui et al., 2018] has shown how black carbon aerosols are able to absorb sunlight and contribute to warming of higher levels of the atmosphere; this is also known as global dimming.

The dimming effect may regionally decrease the temperature in affected areas by reducing the amount of sun energy reaching the earth’s surface and mask the global warming signs; however, since it increases the amount of atmospheric water vapour and warming at high atmospheric levels, at a global scale, it contributes to climate change [Stanhill, 2015].

Carbon Monoxide (CO) is a harmful air pollution gas formed by the combustion of fossil fuels. CO is not a major greenhouse gas, but it has an indirect effect on global warming.

In the UK, road transport is similarly responsible for more than 20% of both PM2.5/PM10 and 40% of NO2 pollution as well as over 20% of CO2 emission. Energy production is the second most similar source covering over 60% of CO2, 20% of methane and 25% of NO2 emission.

Solutions and strategies put forward for controlling greenhouse gases can affect air pollutants and vice versa. Both problems are strongly correlated and need to be jointly tackled. Targeting common sources of air pollution and climate change, using particulates and NO2 source apportionment methods for carbon dioxide and methane is an example of an integrated strategy in addressing both issues [Heal et al., 2011].

Current measurement methods for air quality and greenhouse gases use high-cost monitoring stations that are sparsely deployed in cities, creating deficiencies and gaps in the continuous real-time monitoring of air pollution hot-spots. An example of this is the introduction of ‘Clean Air Zones’ within UK cities but what is a Clean
Air Zone?

A Clean Air Zone is defined as an area where targeted action by a local council or government is taken to improve air quality within a confined area. It is often confined to a single road or a part of a city, where air pollution plays a significant part of pollution within the city and therefore requires urgent action. The aims
and long term strategy set out by the Government is to improve air quality across the country by discouraging the use of older, more polluting, vehicles. Short term, the government aims to reduce the number of areas in the UK where air pollution breaches legal limits. To date, five cities in the UK, including Birmingham, Leeds and Southampton have been ordered to introduce a Clean Air Zone in 2020.

The Government has also named 23 local authorities where it expects pollution levels to reach illegal levels by 2021. Following this, they must all carry out a feasibility study to determine whether or not a Clean Air Zone is required within their authority.

Due to the mandatory obligations set out by government, national and local authorities, councils, governments and conservation agencies are looking at air pollution
effects and sensor manufacturers are investing in developing modern solutions for measuring low-level local pollutants at a hyper-local level, using network sensors deployed at high density; these can pinpoint air pollution hotspots as well as identify greenhouse gas emission spots.

With air quality a common global problem that is widely politicised and embedded in the social consciousness, governments, conservation agencies and the sensing industry alike must find cost effective solutions to measure at scale through high density deployments of air quality sensing solutions. Dr Behzad Heravi and his
team at Vortex IoT have created a device that offers continuous, realtime, particulate and gas monitoring for harsh environments, providing a network of pervasive and scalable sensors for industrial and smart cities systems utilising existing light pole infrastructure.

The Vortex IoT, LiPAPs device is Next Generation Cleantech, hyperlocal Particulate Matter Sensor for industrial and Smart City applications. To find out how your organisation can benefit from Vortex IoT Air Quality Monitoring Device and a wireless self-healing mesh network; email us at info@vortexiot.com.

The LiPAPS Particulate Matter (PM) sensor uses optical-based technology and advanced sensor fusion algorithms to sense and count fine particles in the air. When particles travel through the air chamber, a light source illuminates them and records the resulting optical scatter on a photoelectric detector array.

Different types of optical scattering occur due to diffraction, refraction, and variations in shape and size of the particles obstructing the beam.

Detected particles and their concentration are analysed in realtime by the device and readings are transported via the Vortex Mesh Network TM to Edge Gateways for transmission to the required endpoints. LiPAPS offers continuous real-time, particulate monitoring for harsh environments. 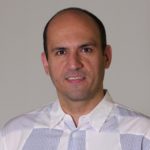