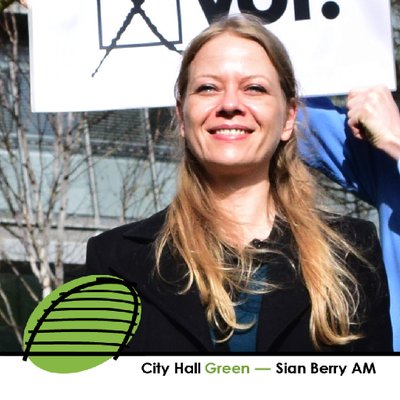 Air Quality News reporter Pippa Neill talks to Sian Berry, Green candidate for Mayor of London and co-leader of the Green Party about why road pricing schemes are key to reducing air pollution.

Last week (November 18) Boris Johnson announced plans to bring forward the ban on the sale of petrol and diesel vehicles to 2030, a decade earlier than previously planned.

This arguably progressive policy is something that the Green Party have been campaigning for, for a number of years and, as Sian says ‘it’s definite progress’.

However, many campaign groups have argued that this was the most impressive part of an otherwise unimpressive plan.

‘The 10-Point Plan as a whole was extremely disappointing,’ says Sian.

With a portion of this funding allocated towards improving public transport and cycling infrastructure, Sian argued that it is time that the government and local authorities rethink the systems that we have been using for the past few decades.

‘It’s traffic miles driven that actually have an impact on air pollution, not just where those cars are driven.

‘The congestion charge was a necessary measure at the time, but it is no longer fair to charge people once, no matter how many miles they drive.

‘It’s time to look at alternative measures like road pricing schemes which are intelligently adjustable, and that can respond to things like rush-hour while also stimulating home working and car-sharing.’

Road pricing schemes involve a system whereby drivers are issued a charge reflecting their car usage, with frequent drivers paying more than infrequent drivers. Campaigners in favour of these schemes argue that they are a much fairer way of reducing congestion than alterative area-based schemes like the existing congestion charge or clean air zones.

‘We need to be phasing in something smarter as soon as possible,’ adds Sian.

‘Otherwise, we will have the Conservatives on the other side of the Assembly complaining because someone whose doctors appointment is just inside the new zone will pay £15.

‘With an area-based scheme, there are always going to be occasions when it is deeply unfair on people and that will only create opposition – this is objectively wrong, especially when we could be doing something fairer.’

Until recently, Sian worked for Campaign for Better Transport, where she spent her career campaigning for better active travel and public transport infrastructure in smaller towns and cities.

‘It’s a bleak picture out there,’ she tells Air Quality News.

‘We have scope for a lot of journeys to be replaced with walking and cycling and for those that can’t be replaced, we need to have a comprehensive bus system.

‘However to achieve this we need subsidies, local councils who are responsible for transport are also responsible for subsiding the non-commercial transport, but austerity has absolutely decimated their ability to pay for these services.

‘Focusing on cars is defeatist and it traps people in car dependency. There are people who can’t drive for a number of reasons and they are stuck in a transport desert, that’s not right.’

In response to the pandemic, earlier this year the government introduced the emergency active travel fund, providing local councils with a budget to improve safe and active travel across the country. This funding has led to various improvements, from the widening of pavements to the introduction of temporary cycle lanes.

Across London, this funding has even been used to introduce low traffic neighbourhoods (LTNs), an initiative which involves diverting or removing ‘through’ traffic from residential streets. However, LTNs have faced a loud public backlash, with a number of residents signing petitions and even attending protests to express their anger against these schemes.

‘Whenever a change is made, people are always going nervous about it.

‘A lot of people are already changing their minds, they’re seeing the benefits of streets where children can play and they can breathe clean air and they are realising quite how much of the traffic going past their door was through-traffic that belongs on the main roads.

‘My feeling is that the heat there is around this issue will die down over time, especially when schemes are tweaked and improved where there are some problems.

‘But as well as this, it is essential that we introduce overall road charging schemes to reduce the number of cars of the roads, otherwise the people living on the main roads, which is where traffic belongs, won’t see any of the benefits.

‘We need to act now to reduce the overall level of traffic, so everyone in 2025 has a better environment to live in than they did in 2020, that’s the goal here.’