Manchester CAZ to go ahead in May 2022

Greater Manchester Clean Air Zone (CAZ) is scheduled to go ahead in May 2022.

In their final Clean Air Plan, Transport for Greater Manchester (TfGM) has announced extra funding to help businesses upgrade their vehicles ahead of the CAZ.

Vans can now access up to £4.5k towards the replacement of a vehicle – £1k more than initially proposed.

Applications for the funding support will be open from November this year.

In light of feedback, Transport for Greater Manchester has also said that small businesses will be given more time, money and options to upgrade.

This will include temporary exemptions for an additional year for all hackney and private hire vehicles (PHV) licensed by a GM District. Vans, minibuses, GM-registered coaches and wheelchair-accessible taxis were already exempt from daily charges until 2023. 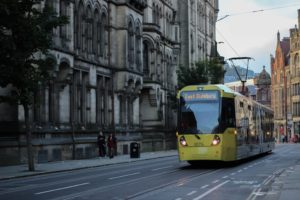 Mayor of Greater Manchester, Andy Burnham, said: ‘We listened hard to what business owners wanted and, as a result, taxi drivers are being given more time, more funding and more options. This is part of our wider commitment to put GM-licensed hackney and private hire drivers first and to lobby the government to give us the powers to ensure that only locally licensed drivers are able to operate here.

‘The fact is that air pollution is not a problem that is going to go away on its own.

‘Not only has our plan been directed by national government, but we’ve also taken this seriously and fought to get a plan which has the right funding support for residents and to protect those most vulnerable as well as our trade and businesses. This plan will also have major health and wellbeing benefits for people living near motorways or major roads as there will be less polluting vehicles and HGVs using them.’

Sarah MacFadyen, head of policy at Asthma UK and the British Lung Foundation commented on this announcement: ‘Greater Manchester has some of the worst rates of childhood asthma and lung disease in the country and it is vital that the mayor takes the lead in cleaning up the dirty air that is contributing to this.

‘This plan, which will allow high-polluting vans and taxis and private vehicles, to continue polluting the air for a further two years and could contribute to thousands of early deaths, is just not good enough.

‘The mayor should fully commit to stamping out toxic air and urgently bring into force a more comprehensive Clean Air Zone that tackles all polluting traffic, including private cars, within the shortest possible space of time and will help keep people’s lungs safe.’

The past 16 months have contributed to many companies going bust with thousands of jobs lost, GM 13,800 self employed private hire vehicles owners need time to clear debt accumulated and awaits the local economy to recover before going more in debt to buy newer cars and mini buses!
Like many GM councils Salford created a maximum taxi age and 10 year max Private Hire age in 2012 as well as creating a 4 year maximum age when first licensing a PHV policy, so Salford has been decreasing Taxi & PHV emissions since 2012!

I’m all for cleaning Greater Manchester Air, but as Boris stated as Mayor of London in 2012 after spending a million pounds collating all TfL taxi- PHV tailpipe emissions, “These are self employed drivers, they need time to save, time to get rid of existing debt, so by x date he wanted all of them to be under 15 yrs and by y date under 10 years! That’s without a virus!