In the past five years, London councils have issued no fines for the use of wood-burning stoves, Air Quality News can reveal.

Under the 1956 Clean Air Act, large parts of the UK became Smoke Controlled Areas, including the majority of London.

In a Smoke Controlled Area, you cannot emit smoke from a chimney unless you are using an exempt appliance or are burning ‘smokeless’ or authorised fuels – this does not include wood or house coal.

Despite this, a 2015 government survey revealed that 68% of people who were burning wood in their homes in London were using open fires, the most polluting of all appliances.

Councils can issue a fine of up to £1,000 if an individual or household is found to break this rule.

Smoke from wood-burning stoves and open fires plays a substantial role in contributing to London’s air pollution problem. According to one study, wood-burning accounts for between 23 and 31% of urban derived particulate matter (PM2.5) pollution in London.

Even the best government approved stoves still emit air pollution, the Air Quality Expert Group found that burning wood in an Ecodesign stove was similar to the emissions from six Euro V1 HGVs.

PM2.5 is one of the most dangerous air pollutants when it comes to human health and according to the World Health Organisation (WHO), there is no ‘safe level.’

In light of these powers and the harmful impact that wood-burning stoves have on air pollution, Air Quality News submitted a Freedom of Information request to every London Council asking how many fines they have issued for the use of wood-burning stoves over the past five years.

We can subsequently reveal that during this time period, all of the councils who responded have issued zero fines.

We are still awaiting a res[pmse from Enfield, Hammersmith, Harrow and Lambeth councils.

Harriet Edwards, senior policy and projects manager for Air Quality at Asthma UK and the British Lung Foundation, commented on these findings: ‘Burning wood and coal in a stove or on an open fire releases PM2.5, the most worrying form of air pollution to human health.

‘This can impact anyone but for the one in five people living with a lung condition such as asthma or chronic obstructive pulmonary disease (COPD), it can trigger their symptoms and put them at risk of a life-threatening attack or flare-up.

‘It is vital that local councils are given the resources they need to tackle all sources of air pollution across London. The government also needs to do more to raise awareness about the dangers of air pollutants so people can make the best choices for their own health as well as the health of others around them.’ 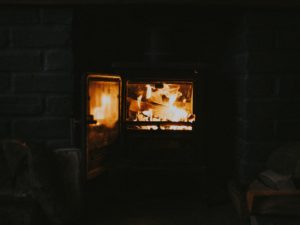 Current rules to control air pollution from wood-burning are enforced by local authorities, but according to researchers at King’s College London, if the Mayor had additional powers as set out in the London Environment Strategy, London could meet the WHO guideline for PM2.5 by 2030. Without these additional powers, the researchers have warned that London will not meet this limit.

A spokesperson for the Mayor of London said: ‘We have long campaigned for better regulation of solid fuel-burning across the UK.

‘The Clean Air Act powers are outdated and hard to use so it’s not surprising that boroughs have not been able to enforce them, especially at a time when resources are stretched. The recent introduction of new regulations on solid fuels is a welcome step and in partnership with London Councils, we sent a letter in May to all solid fuel suppliers in the city to make sure they are aware of them.’

Under new legislation in the Solid Fuels Standards (England), burning any house coal or wet wood will also be phased out from 2023. However, without changes, it is clear that these standards will be difficult to enforce.

A Defra spokesperson added: ‘Air pollution has reduced significantly in recent years, with emissions of PM2.5 falling by 11% since 2010 – and we are taking bold action to ensure we go even further to ensure clean, healthy air across the country.

‘This includes taking further steps to cut air pollution from household burning by introducing legislation which restricts the sale of the most polluting solid fuels, such as wet wood and coal – and encouraging the use of cleaner fuels in the home. The issuing of fines is just one measure that can be used to tackle this issue.’ 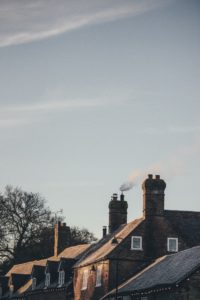 Air Quality News contacted each London council asking for a comment, at the time of going to press the following councils have got back to us.

Cllr Adam Harrison, cabinet member for a sustainable Camden said: ‘The ineffectiveness of the national Clean Air Act means that it is almost impossible for the Council to issue fines for the improper use of wood-burning stoves. The government has also placed unhelpfully weak restrictions on wood-burning and wood-burning appliances in Smoke Control Areas.

‘The Government has declined to take meaningful action on air pollution from domestic wood-burning despite knowing for several years how polluting this activity is – even “smokeless coal” and seasoned wood burned in modern exempt stoves have a disproportionately high pollution to heat ratio when compared to gas or electric heating.’

Richmond and Wandsworth council both highlighted that existing legislation makes it extremely difficult for local authorities to prove ‘beyond reasonable doubt’ that what is being burned in someone’s home is non-compliant.

Both councils said they hope the upcoming Environment Bill amendments to the Clean Air Act will make enforcement simpler.

A spokesperson from Tower Hamlets said: ‘Tower Hamlets is a densely populated inner-city London borough, with the majority of our residents living in flats. This means that the proportion of properties in our borough with wood-burning stoves is very low compared to other areas of the UK.’

A spokesperson from Greenwich council also highlighted the practical challenges when it comes to investigating smoke from wood-burning stoves: ‘Wood burners tend to be used only in the winter months and smoke from a chimney can be difficult to spot in the dark. The wind can also carry the smoke odour, so the source is not always the same as the location reported to us.’

It is clear from our investigation that current legislation makes it extremely difficult for councils to control the use of wood-burning stoves, even if they are located in a Smoke Control Area.

However, in light of the dangerous impact that wood-burning stoves have on air quality, it is essential for the health of the general population that stricter legislation is in place. Air Quality News looks forward to the upcoming Environment Bill and hopes to see changes to the Clean Air Act that will make it easier for councils across the country to enforce these laws and reduce air pollution.

In related news, in February 2021, Air Quality News investigated why wood-burning stoves remain popular when they are a major source of indoor and outdoor air pollution.

What about the rest of the country, we suffer just as much as London residents. We are so far behind, this was a problem in the 1990’s,in Tasmania wood burning stoves were banned in 1996, after thousands of people lost their lives. What are we messing about for, just ban these stoves to protect our children, and ourselves.

I was extremely short of breath and constantly tired due to my Emphysema, I was introduced to VineHealth Center and their COPD Herbal Protocol. I started on the COPD Treatment last year, my symptoms gradually diminished including my shortness of breath, wheezing and fatigue. Reach the m at vinehealthcenter. com. I am Emphysema free!