50% of air pollution comes from 1% of the global surface

By 2015, urban centres were responsible for a third of all greenhouse gas emissions and the majority of air pollution, according to a new study published in the journal Environmental Research Letters.

From a sustainability perspective, the ability to identify the location and source of emissions is particularly important, to achieve this, an international group of researchers looked at the Emissions Database for Global Atmospheric Research (EDGAR) in order to provide a country-to-global view of the evolution of emissions.

The researchers found that roughly 50% of global emissions take place in around 1% of the global surface.

The only exception is ammonia, where rural areas account for more than 50% of global emissions, the researchers have said this is largely due to agriculture activities. 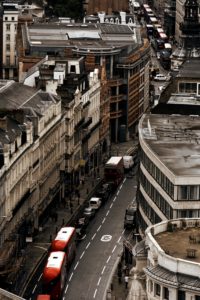 The data also revealed that emissions in urban centres have increased strongly in emerging economies but decreased in high-income economies.

The researchers have said this is largely due to higher energy efficiency and the implementation of new technologies and abatement measures.

These findings highlight the need for geographically focused mitigation actions.

The authors said: ‘While climate change is a global issue, air quality is related to the more local problem of reducing urban population exposure to harmful pollutants, to decrease the impact on human health and ecosystems.

‘Local actions are therefore needed for both climate and air pollution reasons.

‘From this point of view, city-level actions can be effective in reducing PM2.5 population exposure; for European cities, a 30% PM2.5 reduction can be achieved with urban actions in at least half of the considered cities.’

In related news, an international team of researchers have published a comprehensive review looking at the impact that international lockdowns have had on air pollution across the world.