With most children across the UK returning to school after their summer holidays, a group of parents have put stickers with air pollution-related puns on street signs to highlight the effects of roadside air pollution on children’s health during the walk to school.

The stickers have appeared on street signs in Bristol, Leeds and London and incorporate the name of the street with the NO2 chemical symbol.

According to The Air Team, who is behind the campaign, the stickers can be removed easily and don’t leave any stains.

Air Team member Jemima Hartshorn (and founder of South London campaigning group Mums for Lungs) is renaming her son’s nursery street in Brixton, and a road in Dulwich which has several schools on it.

Other stickers have been added to streets signs in Stoke Newington and Hackney.

Jemima said: ‘There is a desperate need for change, we want to raise awareness because we think people would rethink their mode of travel if they knew about the devastating health impacts of car emissions on children’s health.’ 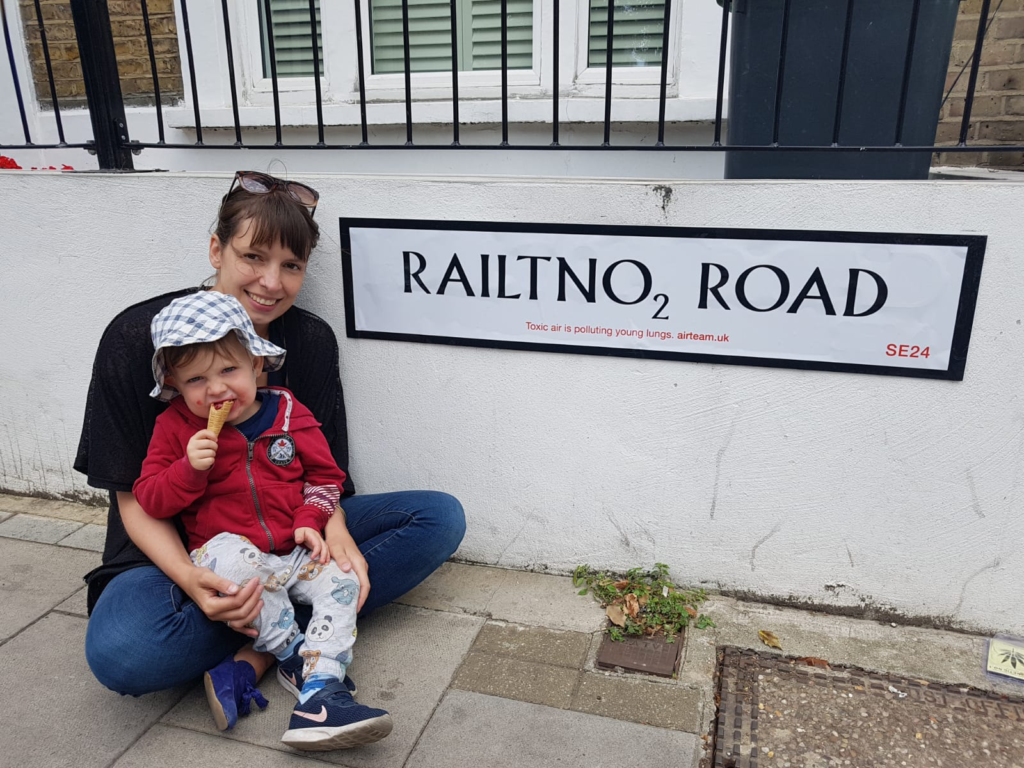 The Air Team is calling for the government to implement new clean air legislation to cut air pollution across the UK.

In May, charity Living Streets published a study which revealed parents are put off walking their child to school because of air pollution fears.

Another recent report shed light on why the air quality inside and outside primary schools across Europe must be improved to protect children’s health.

The Health and Environment Alliance (HEAL) measured indoor and outdoor air pollutants at seven schools in Lambeth, one of London’s most polluted boroughs.

The results found nitrogen dioxide (NO2) present inside and outside all classrooms, as well as high levels of carbon dioxide (CO2) inside classrooms.