2020 was supposed to be the year of the Clean Air Zone (CAZ), and in a twisted sort of way it has come to fruition, despite every council who was planning a CAZ in England postponing theirs until 2021 or beyond.

Leeds and Birmingham were due to implement the first CAZs in England by the end of the summer, with Oxford’s Zero Emission Zone to follow in December.

However, early on in the coronavirus crisis the two councils’ wrote to the government’s Joint Air Quality Unit to ask for a delay until further notice.

With resources and staff already stretched by the crisis, they argued that implementing the CAZs became logistically impossible.

It’s left many wondering that when the pandemic is finally over, will the CAZs return in their current form?

The fault lines are already being drawn. Some say it’s a chance to rethink them and make them bolder, others argue they should be softened to protect businesses who have already been battered by lockdown restrictions. 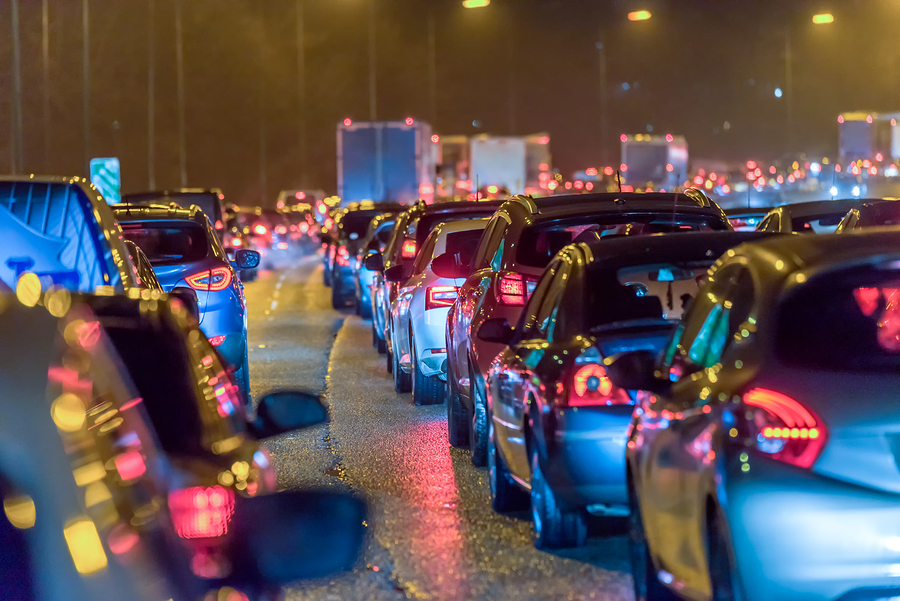 Leeds and Birmingham’s respective CAZs have had a chaotic gestation period.

Initially due to come into effect on January 1, the CAZs were first delayed due to the government’s botched introduction of a vehicle checking tool that is needed to help motorists check if their vehicle is compliant.

Both councils then delayed it until the end of the summer and then delayed them again until September, just before the coronavirus lockdowns began.

Both authorities asked JAQU to delay the launch of the zone until at least the end of the calendar year which would then be kept under constant review.

Leeds Class B CAZ is due to cover over half of Leeds city centre, with HGVs, buses and coaches set to be charged £50 per day for travelling in the zone if they fail to meet the minimum emissions standards.

A Leeds City Council spokesperson told Air Quality News that the decision to delay the CAZ was made to safeguard businesses who would have been unfairly hit by lockdown restrictions.

They said: ‘The decision to delay the zone’s launch was taken in order to allow evaluation of pandemic impacts on the delivery programme and to ensure Leeds businesses are supported through this economically uncertain time.

‘With dealerships currently closed, supply chains disrupted, and a very limited second-hand market, it is also not possible for operators in many cases to take the necessary steps to upgrade their vehicles.’

‘The council continues to work closely with central government and remains committed to launching the Leeds CAZ when the timing is right, from an air quality and socio-economic perspective.’

But with Leeds and Birmingham still directed to cut levels of nitrogen dioxide (NO2) in ‘the shortest possible time’,

Katie Nield, clean air lawyer at ClientEarth, says that the government and councils must not kick the can down the road when it comes to CAZs and clean air.

She said: ‘The government remains under a legal obligation to clean up the air across the country. Ministers must, therefore, ensure that preparatory work to draw up local air quality plans continues as much as possible.

‘People need to be able to look forward to breathing cleaner air that is free from illegal levels of pollution when we start to move around once more.’

A Defra spokesperson told Air Quality News that they are sympathetic to the pressures that councils have been facing.

‘We understand the pressures local authorities face due to the coronavirus outbreak and appreciate that they have many priorities at this time as we work together to slow the spread of the virus, protect the NHS and save lives.’

‘We have agreed with Leeds, Birmingham and Bath to delay the introduction of clean air zones in their areas until after January 2021 to help them focus on their response to coronavirus.’

‘Improving air quality remains a key priority for the UK and we will continue to engage with local authorities and keep plans for all Clean Air Zones under constant review.’

The world looks a lot different to how it looked just a few months ago. The global economy is in a deep recession which has brought new priorities to already stretched local authorities.

Speaking to Air Quality News, Cllr Waseem Zaffar from Birmingham City Council emphasised the ‘profound impact’ that Covid-19 has had on the economy of the city and their preparations for a CAZ but promised that ‘once we have addressed coronavirus in the immediate term, poor air quality will continue to be a significant issue in the long term, and we should not be complacent.’

Small businesses are the lifeblood of local economies in cities like Birmingham and many have been hit hard by the coronavirus lockdowns, with two in five SMEs saying they could close for good this year, according to an Opinium poll.

The financial assistance for businesses to upgrade to an electric van, for example, is still relatively small.
So is it fair to ask them to spend tens of thousands upgrading their vehicle or asking them to pay a daily charge, in what will be an extremely challenging economic climate?

Natalie Chapman from the Freight Transport Association (FTA) told Air Quality News that the postponement of Clean Air Zones (CAZs), and other similar air quality schemes, ‘presents an opportunity’ for national and local governments to pause and assess whether these schemes are the most effective way to improve air quality in the long-term.

She said: ‘CAZs will not provide any lasting benefit to air quality. Instead, the government would be better placed to adopt a more comprehensive range of measures, such as incentivising the uptake of alternatively fuelled and electric commercial vehicles, more effective management of congestion, and enabling more deliveries to be retimed.’

‘It is important that the government understands the heavy financial toll Covid-19 is having on logistics businesses and re-evaluates whether introducing such an expensive scheme is affordable in the months after the pandemic, as the economy slowly recovers.

‘CAZs will hit small businesses and specialist operators most – those who can least afford to pay.’

Ms Chapman says if the government should proceed with CAZs in their current format, they must include an auto-pay function within its central CAZ payment portal.

‘As local authorities are already using Automatic Number Plate Recognition (ANPR) technology in their administration of penalty fines, we see no reason why this cannot be linked to an autopay system, such as that used to administer the central London Congestion Charge.’ she said.

Another casualty is the Greater Manchester Combined Authority (GMCA) Clean Air Plan after the authority announced it would delay its plan for a year until 2022 due to the pandemic, warning that the economic impacts of the virus could ‘significantly change the assumptions’ that sit behind the plans.

A consultation had been planned for this summer, however, the authority said the current coronavirus crisis has limited the authorities ability to progress the delivery of the plan to previous timescales.

England’s biggest CAZ is a key part of the plan, spanning 10 local authority areas across Greater Manchester. HGVs, LGVs, buses and taxis would be charged to enter the CAZ if they don’t meet nitrogen dioxide (NO2) emissions standards. Private cars would not be charged.

Greater Manchester says they ‘remain committed’ to cleaning up its air but warn that the wider economic impacts due to coronavirus could change how the plan is ultimately formed going forward.

ClientEarth’s clean air lawyer Katie Nield said she is ‘extremely concerned and quite frankly alarmed’ at the delay.

‘Local leaders have provided no explanation as to why the current circumstances have triggered a delay of at least another year and a half before any meaningful action to tackle air pollution commences.’

‘Greater Manchester has already missed too many government-imposed deadlines. It’s not right that people
are having to wait so long for action to protect their health from toxic air.’

‘The law makes it clear: plans to tackle illegal pollution in the shortest possible time must be put in place as soon as can be.’
‘This seems especially important now that our cities and towns are recovering from a virus that affects people’s respiratory health.’

Is the CAZ now outdated?

What the lockdown has done is allow us to view our towns and cities differently, free from the relative shackles of the combustion engine.

It’s an air quality experiment in real-time and it has perhaps given local authorities, often not known for their imagination, a view of what might be possible.

Councils up and down the country are now reimagining their streetscapes to include better walking and cycling provision, finally standing up to the four-wheeled bully, the car, which has spread like Japanese knotweed over the past few decades.

It could mean the concept of a CAZ, that doesn’t even charge private cars such as that planned for Leeds or Manchester, has already become outdated. 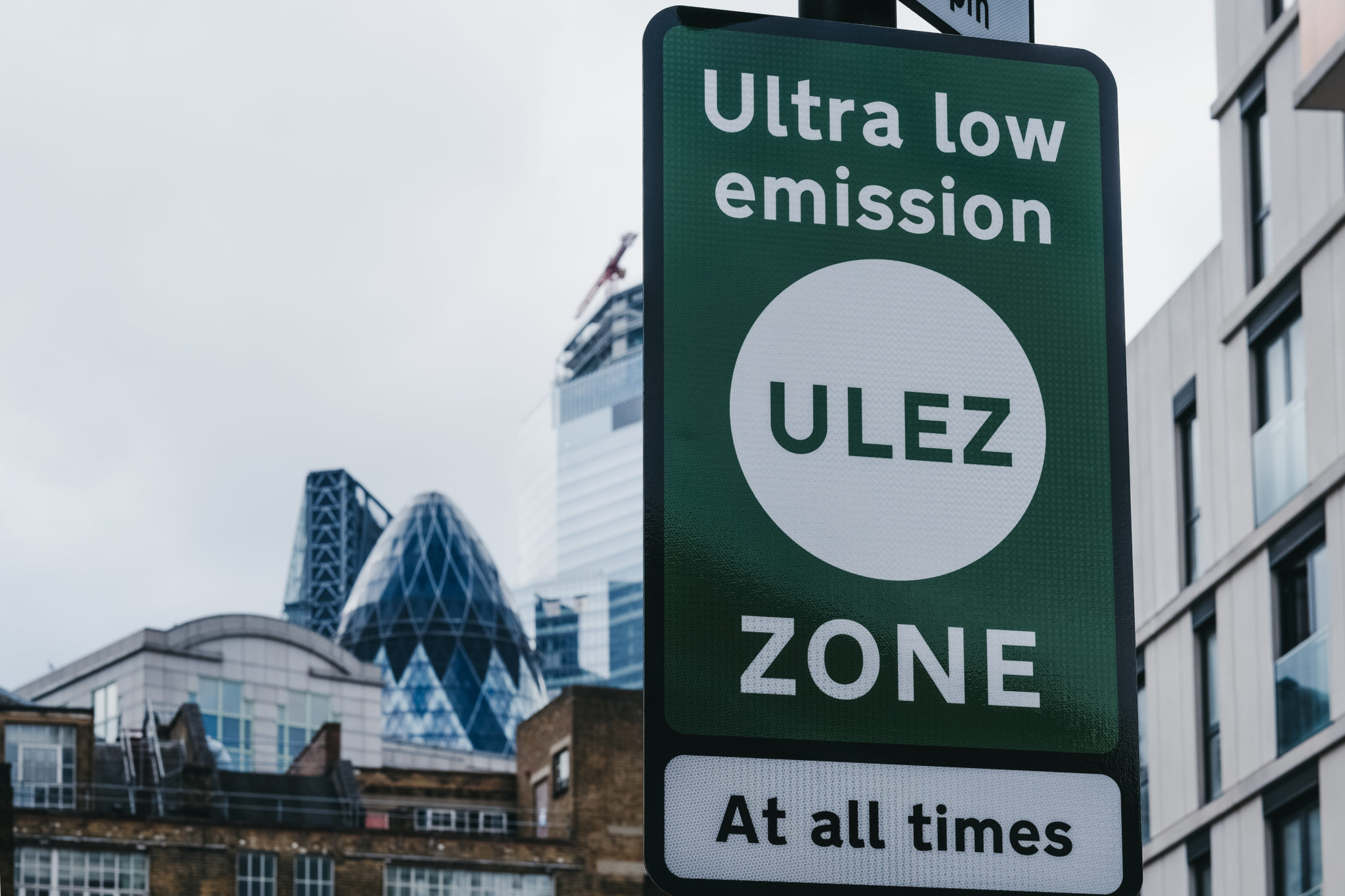 Rachel White, head of public affairs at Sustrans, the walking and cycling charity, told Air Quality News that it’s essential we recognise the benefits that the lockdown had but councils must not be complacent about their legal responsibilities to improve air quality.

She said: ‘Given the harm to people’s health caused by air pollution, particularly to those most vulnerable, it’s essential traffic and air pollution levels are kept down as much as possible during and after the pandemic.

‘Measures, such as reallocating road space to walking and cycling are one of the best ways to support people to travel sustainably whilst maintaining physical distancing. And it’s great to see so many local authorities across the UK implementing such measures.’

‘However, it is important that local air quality plans are also implemented as soon as we begin to move out of the lockdown with a view to fewer, not just cleaner, motor vehicles on our roads.’

It’s a view echoed by Valentine Quinio, clean air researcher at the think tank Centre for Cities. She told Air Quality News that the health of citizens will be damaged the longer that CAZ is not implemented.

‘The crisis acts as a reminder of the dangers of toxic air, with a number of European and US studies linking virus cases, mortality and air pollution levels. These underline the importance of anti-pollution measures to the health of people living in cities.’

‘Further delays to introducing the anti-pollution measures risks worsening this health crisis even further. We need to prevent air pollution from going back to pre-lockdown levels, and we should be doing this now – not in a year or more’

The coronavirus lockdown could have ushered in a new era of cleaner air – but with an uncertain economic future, there will be battles ahead surrounding the CAZ vision and, in the meantime, England must still wait for its first Clean Air Zone.