Shipping on trial – the true cost of buying online

Picture the scene – it’s a Friday evening, you’re watching TV while scrolling on your phone and you see your next must-buy purchase that you just need in order to get you through another dreary weekend spent in lockdown. You tap and without even having to enter your card details the parcel is with you by noon the next day. It’s like magic, but what’s the catch?

How does it work?

It takes a lot of complicated logistics to enable online retailers to provide us with next-day delivery and believe it or not the journey is a lot longer than the 24-hours between your order and your receival. If we take Amazon for example, the largest e-retailer in the world: most of the products sold on the website begin their life in China, where they are produced and created in factories and workshops across the country. Once these products have been made, they then travel across the country where they are loaded into gigantic freight containers and sent on even bigger ships to their designated country. Once the ship arrives, the products are unloaded and are held at fulfilment centres, waiting for you to press ‘pay now’ so it can be packed up and sent off to the courier.

When it comes to air pollution, the shipping of these products poses a serious problem, Aoife O’Leary, director of international climate at the Environmental Defence Fund explains: ‘Shipping is extremely cost effective, but one of the reasons it is so cheap is because of the fuels used. When you extract oil from the ground you refine it, the top–grade stuff goes to aeroplanes, the middle stuff goes to cars, and then whatever’s left at the bottom of the barrel is either used to tarmac roads or power ships.

‘There has been some regulation over time about the sulphur content of this fuel, meaning it has improved somewhat, but it still contains about 300 times more particulates than you would get in a car, and with freight rates at historic highs, this is a problem.’ 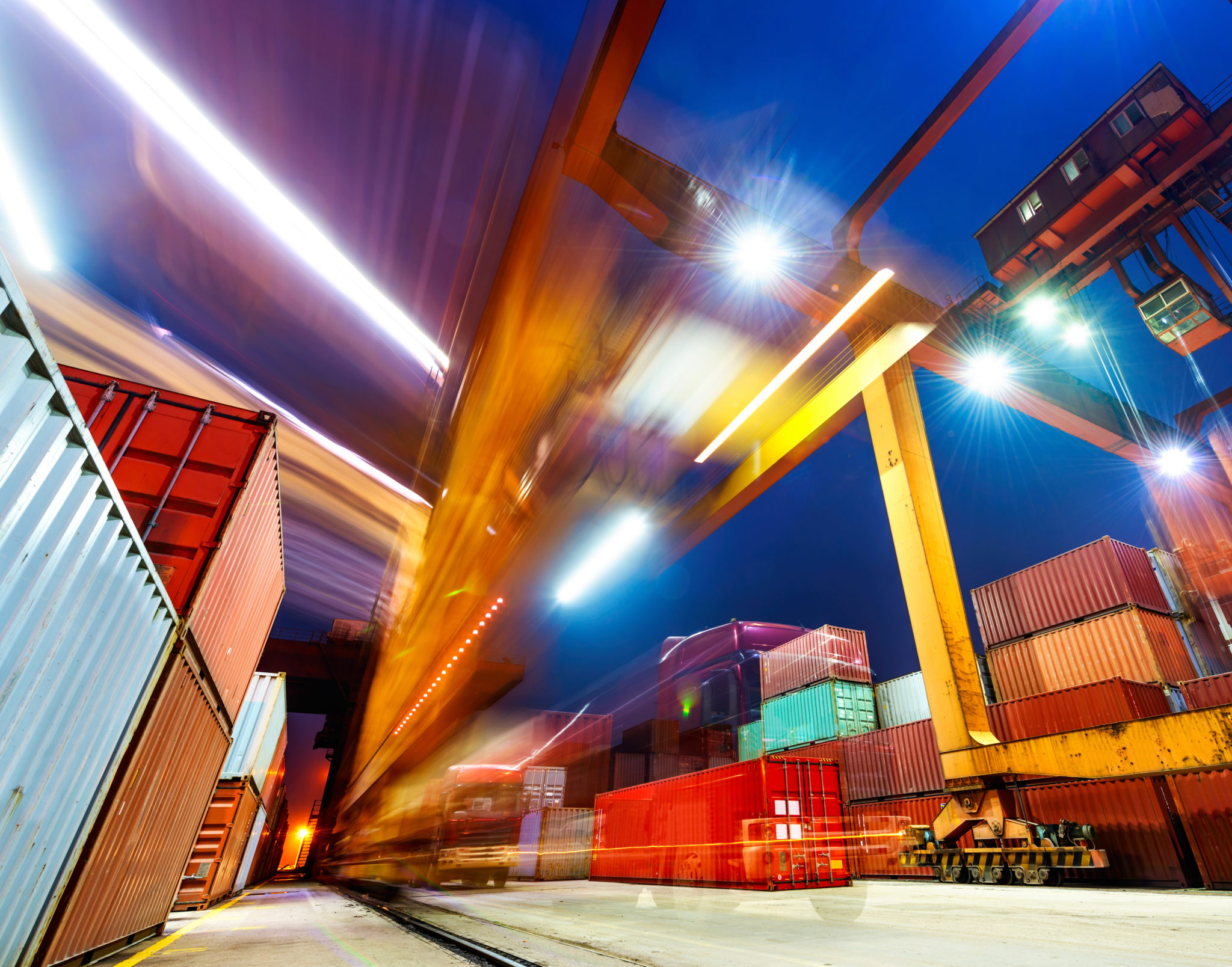 Over the last few decades, the air pollution impact of shipping has somewhat slipped under the radar, this is largely because the majority of the pollution happens out at sea where there are few people around to be exposed to it.

However, ships do spend a sizable portion of their time moored in harbours and ports. For example, a merchant vessel that carries cargo can spend up to 100 days a year moored at a port. While at the ports, most large ships keep their engines running in order to generate electricity for their onboard systems – meaning they are pumping out vast amounts of air pollution to the air where many people live and work.

In a bid to tackle this in 2019 the government asked all ports over a certain size to produce a comprehensive clean air strategy, they were required to outline the sources of the pollution and outline the actions they will take to reduce it. However, these strategies have a focus on the action that can be taken within the ports themselves, the trucks coming in and out, the port equipment, the machinery etc, meaning that when it comes to reducing pollution from the ships themselves, this is far from a solution.

‘It’s difficult because all ports are very different,’ says Mark Simmonds, director of policy and external affairs at the British Port Association (BPA).

However, Aoife O’Leary highlights that ships do have some levers and can use their shoreside electricity to allow the ships to run on electricity rather than their diesel engines when they’re sitting in the port.

‘At the moment, there’s not a lot of capacity for this,’ says Aoife.

So, whose responsibility is it?

Of course, the ports have a role to play in helping to reduce this pollution and equally so do the ship companies, but to really facilitate change, governments must play a key role in incentivising action.

However, this is where it becomes even more complicated, due to its international nature, no one government is responsible for the shipping industry and it is instead governed by the International Maritime Organisation – the UK doesn’t even consider the greenhouse gas emissions from shipping in its net-zero strategy.

As Aoife states: ‘There are a lot of complicated geopolitics in shipping, it’s very hard to legislate what people do in international waters and because shipping is such an international industry there is no real benefit for any one country to move forward.’

Another major obstacle preventing ships from adopting less polluting fuels is a lack of consensus over what these future fuels will look like. There are plenty of options: hydrogen, ammonia, battery-electric, wind powered – but to date, no one option has taken the lead.

‘It’s the age–old chicken and egg situation,’ adds Mark Simmonds from the BPA.

‘There are lots of options but at the end of the day there are still massive questions over what the technology will be and how we will get it to market.

‘No one wants to make the first move and choose the wrong fuel.’

One fuel that is increasingly promising is hydrogen, it can be used to power ships with only minor changes to their fuel capacity and if green hydrogen is used then it would produce no pollution and no carbon emissions.

Victoria Judd, counsel at Pillsbury Law and expert in energy and infrastructure projects explains: ‘Hydrogen is the poster child for shipping, and if we used green hydrogen it would be great, there would be no emissions, no pollution.

‘But there is still no green hydrogen anatomy in production, everyone is working hard to get blue hydrogen out there, but that’s all still produced from fossil fuels. So even if we did have a global fleet of hydrogen powered ships, we would still need the infrastructure to make it green, and the ships would need to take that cost.

‘Hydrogen is anywhere between four and eight times more expensive than the fuel being used now, and that’s without even considering the infrastructure changes needed to make it green. To get there we’re really going to need some kind of government stimulus or policy to incentivise it.’

But while we sit around waiting for green hydrogen to be produced at scale, or waiting for ships to make up their mind and take the leap, there is one simple thing that can be done, which according to Aoife O’Leary could lead to almost immediate change.

‘At the moment there are no climate regulations for shipping and at the same time ships don’t pay any taxes, there’s no fuel tax, no VAT.

‘This effectively means that they’ve been allowed to pollute for a very long time without actually paying for that pollution, so, to me it seems pretty obvious that to accelerate change those polluters should be paying to make sure that this innovation is put in place.

‘I find it difficult when the industry uses the excuse of not knowing what the future fuel will be, I just don’t agree with that. There are a huge amount of regulatory options that we can put in place immediately so that we can find that answer much faster.’

The shipping industry has a long way to go, and even if we had all the money in the world the technology is still not quite there. But if we are going to reach net-zero and reduce our pollution to be within legal limits then we have just two options – transport less things or change our fuels and with our online shopping habits showing no sign of slowing down, even as we come out of lockdown, it looks like we better get started on the latter.