It is now four years since ClientEarth took the UK Government to court for the third time for breaching EU Nitrogen Dioxide standards in most of its main cities.

The government responded by issuing clean air directives to these cities, instructing them to reach compliance with this 40ug/m3 nitrogen dioxide legal standard ‘in the shortest possible time.’

After extensive stakeholder engagement and public consultation, in November 2019, Bristol City Council proposed a Small Area ban on just private diesel cars coupled with a Medium Area Class C Clean Air Zone, where private diesel cars in the Medium zone would not be charged, but commercial vans and lorries would have been.

This ‘hybrid option’ would have achieved a 12% reduction in the total NOx for Greater Bristol.

When Bristol City Council responded to the public reaction in February 2021 by proposing a Small Area Clean Air Zone for all vehicles, it was welcomed by the Bristol Clean Air Alliance (BCCA). 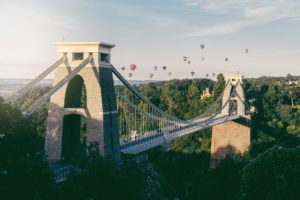 Why are we particularly angry about this latest delay?

We were therefore considerably alarmed when we learned in June 2021 of the proposed delay to this CAZ beyond the October 2021 promised date.

We were aware of the concerns of the business community and also the North Somerset Council with respect to the inclusion of the Cumberland Basin in the CAZ, but had already explained in our February 2021 statement to the Council that the inclusion of the Cumberland Basin was key to ensuring that enough of the business fleet actually changed their polluting vehicles.

Why are we not reassured by the year of compliance (2023) being unchanged?

Although Bristol City Council state that compliance will still be reached in 2023 even with a six-month delay in implementation of the CAZ to ‘spring 2022’, it should be explained that the legal framework of the government directive only applies to the calendar year, so a six-month delay could technically be in the same calendar year even though it pushes the month of compliance from (say) March to September, or more cynically December.

Again, although the month in which legal compliance of air quality is reached does not legally need to be publicised, it will still be a reality to the many residents of the polluted areas of Bristol who already suffer twice the pollution of

It is understandable that small businesses are apprehensive about the economic effect of the CAZ and we, therefore, applaud the provision of financial help.

However, we fear that if the car lobby succeeds in further delaying the CAZ implementation date from October 2021 to an indefinite one in 2022, it is very likely that the purpose of this delay is to further water down the CAZ boundaries or seek more and more exemptions.

At that point, the Council will need to ask how they can still regard the CAZ as a public health intervention and a moral responsibility.

The Bristol Clean Air Alliance, therefore, urges the Council to stand firm on the current proposals and not to give away any more time, concessions or boundary changes.