Air pollution linked to increased risk of death from Alzheimer’s

Particulate matter (PM2.5) pollution is linked to a significantly increased risk of hospitalisation and death from Alzheimer’s disease, according to a new study by Duke University.

The study focused on Charlotte, North Carolina, where Alzheimer’s disease causes an estimated 323 deaths per 100,000 residents.

The researchers analysed North Carolina mortality and hospital admissions data for associations with levels of PM2.5.

They identified 87 North Carolina postcodes where PM2.5 was above World Health Organisation (WHO) levels.

Having adjusted for factors such as race, sex, income, education and health care access, the researchers found that the risk of death from Alzheimer’s disease was 35% higher in populations living in areas with higher levels of PM2.5.

This is not the first study to find a link between air pollution and the increased risk of neurological conditions, but the researchers have said that this study focused on much lower pollution levels and still found a correlation. 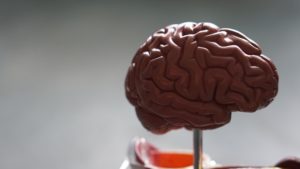 Julia Kravchenko, lead author of the study said: ‘We were able to see certain associations with higher mortality risk and hospital admission risk for Alzheimer’s disease.

‘This is a very important finding in our study because that means that people shouldn’t be exposed to very high levels of this contaminant.”

‘So we think that it could be useful to have these results, and probably it will help in the future to decrease these high levels of mortality from Alzheimer’s disease in this area.’

In related news, evidence of Alzheimer’s, Parkinson’s and motor neuron disease has been found in the brains of young people who were exposed to high levels of air pollution.

An international group of researchers examined the brainstems of 186 residents in Mexico City aged between 11 months and 27 years of age – the one thing that all individuals had in common was their exposure to high levels of particulate matter (PM2.5) pollution.

Following this examination, the researchers found that even in children as young as 11 months old, their brainstems showed signs of nerve cell growths, plaques and tangles.